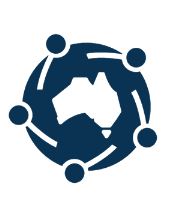 Palliative Care Australia has developed a mobile app, AllowMe!, to assist people to create a community of care around a person at the end of life. AllowMe! supports communities to care for people with a serious illness by making it easier to help in practical ways. Carers and care recipients can list tasks, events and visiting times to provide suggestions of how people can assist. 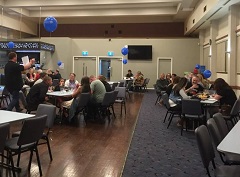 A very big thank you to Casey Mitchell who organised an MND Awareness Trivia Night in Cooma. Casey said of the night, "I am very happy to announce that thanks to all the generosity of our local communities last night was a success we had a decent turnout of near 50 people and all up raised $1,723." Thank you Casey for all your hard work towards this event and for your support of MND NSW. 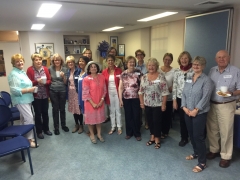 In October MND NSW celebrated National Carers Week by holding three special events for carers. At Gladesville former and current MND carers made the most of the opportunity to forge some new connections and to re-connect with old friends over morning tea.  In Newcastle, the MND Support Group celebrated carers week by including a special morning tea in honour of the amazing carers who were present. In Ballina our MND carers enjoyed an abundant high tea. Many thanks to Carers NSW for providing grants towards the cost of these Carer’s Week celebrations! 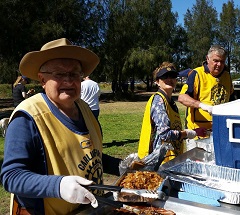 The wonderful crew from Carlingford Rotary will be attending our Sydney Walk to d'Feet MND again this year. Carlingford Rotary have been at every Sydney Walk. We greatly appreciate the support they have given us and the hundreds of sausages cooked each year. Register today for the Sydney Walk at http://www.mndnsw.asn.au/get-involved/walk-to-dfeet-mnd.html 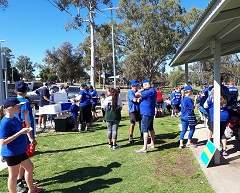 Another great morning in Wagga Wagga for our Walk to d'Feet MND held on Sunday 15 October. Thanks Wagga for your great support. Thank you also to our wonderful local coordinators Pat O'Hara and Denise Hart ably assisted by many local volunteers.